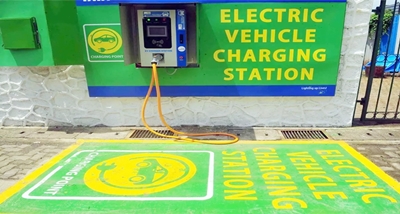 Oil companies of India will set up 22 thousand Electric Vehicle (EV) charging stations on a mission mode in prominent cities and along national highways across the country. In a series of  Petroleum and Natural Gas Minister Hardeep Puri said of these, Indian Oil Corporation will set up ten thousand stations. It has already installed 439 EV charging stations and plans to install 2000 charging stations in its retail outlet network over the next one year.

This is in line with Prime Minister Narendra Modi’s announcement in Glasgow to reduce carbon intensity of the economy by 45 percent by 2030.